There are several approaches that can be used to repair foundation problems. Mudjacking also known as slabjacking is a technique used to raise a sunken foundation by injecting a semi liquid mixture of material that includes cement and soda ash beneath the slab. Alternatively, urethane foam injection can be used to achieve the same purpose. The pumping is done under hydraulic pressure to enable the slurry raise the concrete slab until it gets to the desired level. Other names used to describe this process include; concrete lifting, concrete leveling and pressure grouting. 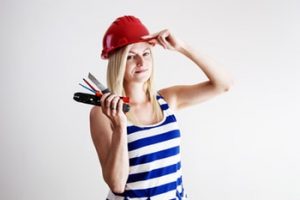 Slurry is a combination of cement, sand and a structural fill called “mud”. Polyurethane foam can also be used instead of slurry whereby on curing, the foam expands and releases gas bubbles that produce pressure which is then used to lift up the slab.  Mudjacking with slurry is considered to be cheaper than using polyurethane foam which is costly but more precise. Generally, mudjacking is a cost-effective and convenient approach compared to replacing an entire concrete slab.

When soil compacts, air spaces begin to settle down which makes the concrete slab to settle. When this happens, the stability of the structure is compromised causing the risk of tripping. Concrete slabs which are affected by settling are usually “free floating slabs” meaning they are separately poured from the foundation. When these concrete slabs settle, the walls of the house remain in the same position.  This allows mudjacking to be done to solve the problem, since raising the slabs doesn’t have any effect on the main foundation. Flee-floating concrete slabs such as patios, driveways and steps can be fixed using mudjacking because they don’t have foundations.

Mudjacking is different from slab replacement in a number of ways. For a slab to be replaced, it must be completely torn down and a new slab poured. Curing takes approximately 24-28 days and during this time, the slab cannot accommodate any loads. However, mudjacking can be easily completed within a day and the slab put to use without the need for further delays.

Why is Mudjacking Popular?

The convenience, affordability and simplicity of the entire exercise is a great advantage for property owners looking for a quick fix for foundation problems. Mudjacking is appropriate for areas with sandy regions since these regions frequently experience poor soil compaction.

When clay soil hydrates and expands after slurry material has already been applied, the expansion subsequently pushes the slab upwards causing heaving. For this reason, Granite Foundation Repair doesn’t recommend mudjacking on clay soils because of the risk of heaving. In this case, we recommend steel pier foundation repair for clay soil types. Repairing the foundation using steel piers makes the foundation stable and long lasting. 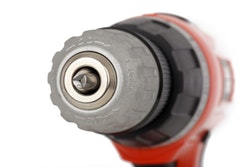 Before the mudjacking process begins, holes of about 2” in diameter are drilled. This is done directly on the concrete slab that needs to be raised. The number of holes and spacing between them depends on the size of the slab. However, the holes should ideally be between 3-8 feet apart.

After drilling of holes, semi-liquid slurry is pumped hydraulically into the drilled holes with the help of a portable pump and flexible horses. Initially, the slurry fills up the empty spaces between the slab and the ground. As more cement mixture is pumped in, it becomes pressurized which causes the slab to be raised. Pumping continues until at a time when the slab gets to desired height. To get the best results, it’s advisable to inject various amounts of grout at varied places.

Once the slab has been raised to the targeted height, the hose is removed and holes are cleaned thoroughly.

To shut the holes, a shrink-proof cement mixture is used to seal the drilled holes.

Mudjacking is a cheaper way of fixing foundation problems because it costs up to 25%-50% less than what would be spent to remove an entire slab and have it replaced. Tearing out a slab demands intensive labor and deploying of more equipment. In addition, the process takes time and requires patience to attain the desired results.

Generally, the cost of mudjacking depends on how large a sunken concrete slab is, its condition as well as age. The size and volume of empty spaces determine how much grout mixture is needed, which in turn, has a direct impact on the cost of the exercise. In some cases, the budget for mudjacking patios is as low as 1/12th of total cost required for complete replacement.

How Long Does a Slab Last After Mudjacking?

What Are the Reasons That Cause Concrete Slab Settling?

Which Areas Can Be Fixed with Mudjacking?

At Granite Foundation Repair, we have specialists with extensive mudjacking experience. Even though this process is simpler, it should only be carried out by a professional who understands what they’re doing.

In some cases, slab replacement may be required especially if it has been extensively damaged. Sunken slabs must never be ignored as they can adversely affect the safety of an entire structure.