Foundation repair licensing is neither a requirement nor an option in Texas.

Why Do Some Companies Advertise That They Are Licensed? 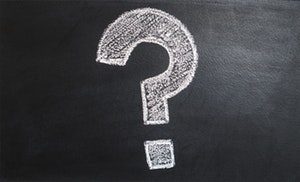 The National Foundation Repair Association made a push about 5 years ago to license the trade, but other priorities in the State of Texas House and Senate arose and the bill never made it out of sub-committee.

In most major DFW suburban cities, including Flower Mound, Frisco, Garland, Plano and Allen there are three contractor requirements to repair a concrete slab foundation:

Registration as a general contractor is an annual requirement. Registration for a permit is as simple as answering 10-20 questions and paying a fee (see here). The fee is in the range of $75 to $250. There are no foundation specific questions. There is no requirement that the contractor be trained in the art of foundation repair or any other type of residential repair. 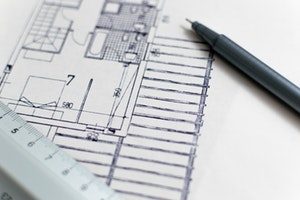 Fees for the permit range may be as little as a $50 minimum and can be as much as the city minimum plus 1% of the cost of the foundation repair. The building permit must always be posted at the foundation repair job site. Fines for failure to obtain a permit are typically in the range of $300 to $500.

To facilitate the foundation inspection process, most cities spot check job sites to verify that a permit is posted. The cities rely on a registered professional engineer to submit a final letter that states and I paraphrase: I certify that the property has been repaired in accordance with the repair plan.

Cities are not skirting the issue of inspection. It is a practical reality that foundation repair often requires pushing steel or concrete into the ground as underpinning to lift a foundation. There is no practical way for a city inspector to validate the work unless he spends several hours at the job site.

The next time that you see an advertisement which states licensed foundation repair, you know that there is no such license. 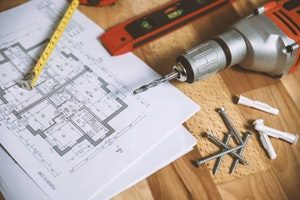 Licensing of foundation repair contractors is needed for Texas homeowners, especially in the Dallas area.  Texas HB 613 legislation has been proposed by Rob Orr, R-Buleson, TX for the 2013 legislative session.

HB613, House Bill 613 would create the Texas Foundation Repair Contractors Act. Plumbers, auctioneers, dog breeders and others are licensed in Texas, but not foundation repair.

Updated April 19 2013: House Bill 613 has come out of committee, to the floor for consideration,  and is now being reviewed by the Texas Department of Licensing and Regulation.

Granite Foundation Repair strongly endorses legislation in Texas to require licensing for foundation repair. As a contractor, we hear too  many stories of homeowners being bilked by disreputable foundation repair contractors.   As Rob Orr stated ” anybody can get into the (foundation repair) business by hanging a shingle”.

You as a homeowner can do your part by contacting Rob Orr’s Austin office at 512-463-0538 and reporting any problems that you have encountered with foundation repair contractors.

The Texas Foundation Repair Contractors Act for Licensing would entail:

In the 2011-2012 Texas Legislative Session,  The Foundation Repair Association, of which Granite Foundation Repair is a member, led a licensing movement in the form of Senate Bill 1399 (SB1399), which died in committee. HB613 contains the essential protections of last year’s SB1399.
In the absence of this legislation, we recommend that homeowners:

Call us with any questions you may have!