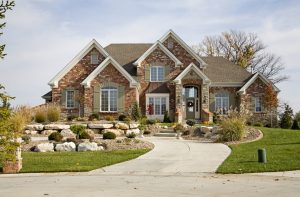 Granite Foundation Repair recently performed a foundation repair in Allen, Texas.  The homeowner reported that a high percentage of her neighbors in the sixteen-year-old sub-division were in need of or already had foundation repair.

When most of the properties in a sub-division have foundation problems, the cause of the problem is typically soil consolidation. The soil slowly compacted over the sixteen years. For more on soil compaction, see our recent article.

The homeowner was fortunate because Granite Foundation Repair was able to lift the house, regaining all but a fraction of the three inches of the foundation drop. But, it isn’t always possible to lift a foundation to its original elevation.

Lifting a foundation can be quite problematic.  More often than not, the full elevation loss will not be regained.  A rule of thumb used by foundation engineers in residential repair is that elevation recovery is typically limited to one-half to two-thirds of the lost elevation.

To understand the problem in repairing a foundation, it is essential to consider the total structure.

Let’s look at the structural elements and then the factors, which limit foundation leveling in a concrete slab house. We will consider the impact of a distorted, failed foundation on walls, doors, windows, ceilings and roofs.

The basic elements of a wall are:

·         Cripple or jack stud:  the short studs above and below window frames

The walls support the ceiling joists, which can also become distorted by a failing foundation.

Atop the ceiling joists are the hanging beams, extending from outer wall to outer wall.  These too are wood.

Above the hanging beams are the roof rafters, overlaid with some type of roofing material.

All of that bent, distorted wood becomes rigid with time and Texas heat.  The wood is less flexible than the concrete.   It is not uncommon for the wood to become the limiting factor in lifting a foundation.  Its hard to explain to a homeowner that the walls, roofing and windows limit the amount of foundation elevation loss that can be recovered.

The best advice is to catch foundation problems early and have them repaired before the wood limits the amount of possible lift.